«When the people of Russia will face the truth, they will be embarrased»

— Are you satisfied with the verdict?

— Yes. There is always something you win and something you lose. I think, overall, listening to the next of kin, we have to be absolutely satisfied. And to be honest, I don’t think a lot of people expected that we would achieve the result we’ve seen last week.

— But did you expect that Pulatov would be acquitted by the court? If you were to decide, what would be your decision…

— First of all, I’m not in the position. During my whole career of 48 years, I was very strict. Our job is to find the truth and hand it to the prosecutor’s office. And then it’s up to the court to decide about the whole file and the evidence we provided. I always stay in my role and my responsibility.

— Just to be clear, are you sure that Pulatov is guilty and that he should be held accountable?

— He was absolutely a suspect. Once again, it’s up to the court to decide if he’s guilty or not. It’s fair to say that Pulatov differs from the ones that have been convicted because his own telephone line has never been intercepted. We only have calls in which he participates, as was shown in court. So that might be a difference. I think we only had sixteen or even fewer conversations, maybe fourteen. And it’s in the file. But if you know the content of the file, the court rules that he got the order to place the Buk. He had contact which the court says that’s the number of one of the crew members. And he had to protect the corridor [for sage passage of Buk].

— There are rumors about a new criminal case. Can you tell us a little bit more about it? And when might we expect it if so?

— It’s not a secret that the investigation is ongoing. Back in 2019, we said, we will try to identify the crew and the hierarchy [of decision-making]. That’s still ongoing. And somewhere next year, the prosecutors will come out with a statement to inform, first of all, the next of kin. We always said during those eight years, if something new popped up or something we would like to share, the next of kin are the first who would be informed.

— What were the white spots in the case that you struggled to uncover, for example, due to the inability to be present in Russia or Donbas?

— I did not see white spots. The court had been asked some questions. For example, was the Buk launched from the field near Pervomayskoye with the Russian role of the four suspects? Those answers have been answered crystal clear by the court based on our reports.

And we were quite happy with the fact that the court was so clear about the ongoing conflict. And I think that there was a great effort by our team we were able to describe the conflict in a way that the court ruled that it was an international conflict.

— But do you know how that the Russian media described that conflict and describe the conclusion of the court that it was not an international one?

— What else could we expect from them? If you look through the verdict, the court made it crystal clear that, let’s say from February-March, it was supposed to be a local conflict, so to say. And then from May on, the Russian army became more and more involved with the delivery of weapons. It became an international armed conflict.

— How did the war in Ukraine affect the investigation?

— You mean from the 24th of February?

— First of all, we had to close down the office in Kyiv. Our colleagues and a colleague from the Australian Federal Police who were still working in Kyiv had to withdraw. We closed the office there. You can imagine that the SBU is investigating around 40,000 war crimes [because of the Russian invasion of Ukraine]. So the interest has shifted. But, of course, if supposed new witnesses would appear, then it might be more difficult to get in touch with them, depending on where they are, of course.

— Do you expect that potential witnesses will ever come forward? I’m talking about Russian nationals, keeping in mind that any contact with foreign governments is now badly punishable according to the new legislation.

— Well, I always say, if you look to the history, I’m pretty confident that sooner or later the truth will be known.

— What can you offer to those who will want to testify? Some kind of protection, some kind of coverage?

— We have like almost every country its witness protection program. And we always said we won’t pay for information.

— We always say that the integrity of the investigation is very important. The whole world is watching what we are doing. And that shouldn’t be jeopardized by confusion about paying for free information.

And I must say all the witnesses we questioned during the ongoing investigation, nobody asked for money. It was always one of the first questions, why do you come forward? [They answered:] We share information.

— How would you describe efforts of Russian propaganda that is trying to influence public opinion regarding the case?

— Shameless. Disgusting. That must hurt the next of kin so much. I mean, we are professionals, so we know how to deal with it. But you can imagine how that must be for the next of kin. So shameless lying in its own going. Well, we can see it almost every day on television.

The keyword of the investigation was the validation that we never, ever took something for granted. No telephone intercepts from the Ukraine side, no witness statement, no pictures, nothing. We tried to validate through different sources to show what was true or not.

— Were there any covert attempts of Russian agents to interfere in the investigation?

— You know, something was published about a leaking report probably from Malaysia. That’s the only thing I’m aware of. No other information has been leaked to the public. And so I think we did a good job. Of course, we were fairly keen [on possible Russian interference] from day one.

If I were in a bar and then a very beautiful girl from Russia was trying to make contact with me, then I’d say to myself, ‘Well, yeah, I’m looking good, but am I looking that good?’ So, no, of course, we were very keen on that.

— Let’s imagine that the regime changes in Russia. Everything is different now. What the best course of action would be for the new government, in your opinion, regarding the case MH17?

— First of all, I’m not very confident about it. Of so I think that the [Vladimir Putin’s] successor will be of the same kind.

— Because as far as I can see. But who am I? There’s no opposition. However, in my opinion, if somebody takes over, I am afraid it will be somebody of the same kind. Anyway I think it would be best to be as open as possible to show the world we [Russians] are really different, we want to change and take responsibility.

For the next of kin, it is also the most important. I don’t think that many of them mind if somebody [related to the MH17 case] will go to jail or not. I think it’s important that the Russian government does, like we in the Netherlands, do now with slavery. We apologize for what went wrong in the past.

As you do know, we have sent a lot of legal requests to Russia. We have never been answered properly. So that would be the first good to start to answer honestly the questions we send them. For example, who were the crew members in the Buk? And if we end up with new suspects, then we should find a way to prosecute. And let’s say such a government is willing. Maybe there is even space to have them prosecuted in Russia.

— MH17 became the first case where the Kremlin started to create a fake reality around a well-known event. The government started to bewilder public opinion with fake information and conflicting versions of what happened. Insisting that the truth could not be found because we live in a post-modern era when everything is made up. As an experienced investigator, what do you think about this? Is messing up with facts a crime?

— It looks to me not a crime, but at least really bad for everyone. And I really believe in what Iran did when the Ukrainian plane was shot down over Teheran two years ago. Within a week or so, they said, «We made a mistake. We apologize.» If Russia would have said we made a mistake, then we wouldn’t be sitting here. Then I would still investigate international organized crime. And like the Americans, when they fired the missile at the hospital in Kabul at that time. They also apologized. And the moment they [the Russian government] started lying, it looked like they couldn’t do anything else anymore.

This is why it should be investigated properly to come up with information that proves that they are lying. That’s the best you can do. NGOs and the ICC should come up with reports like we did to prove that Russia keeps on lying. To make it into hard evidence against them.

— You’ve been working on the case for more than eight years. Did you begin to better understand Russians and the nature of Russian behavior from that moment on?

— Well, I don’t think you can speak generally about Russian. It’s like our Queen said that There is no such thing as one Dutch identity. I think the same goes for Russia. There are still brave people who would like to resist and there are witnesses who come forward with information. Russians suffered so much during their history under repression. So I won’t say I understand fully the Russian mentality, but the more you read, the more you understand.

If you only are able to watch Russian television, then, I think, you will be brainwashed. But then at the same time, Americans who are watching Fox News are brainwashed the same way. So I don’t even blame the Russians who just watch the television and they think it’s true what they hear. And if you are not able or willing to inform yourself, then I can imagine that when you see every night on 8:00 news, that’s the truth.

— With all that has been done to your country and in Ukraine as well by Russia and Russian propaganda, do you believe that Russia will ever be forgiven and be trustworthy again?

— I think that might take maybe generations. I mean, you may look at the Second World War and look still at how Germans feel about what happened in the past. When Russians really know what happened in Ukraine, they might feel embarrassed. 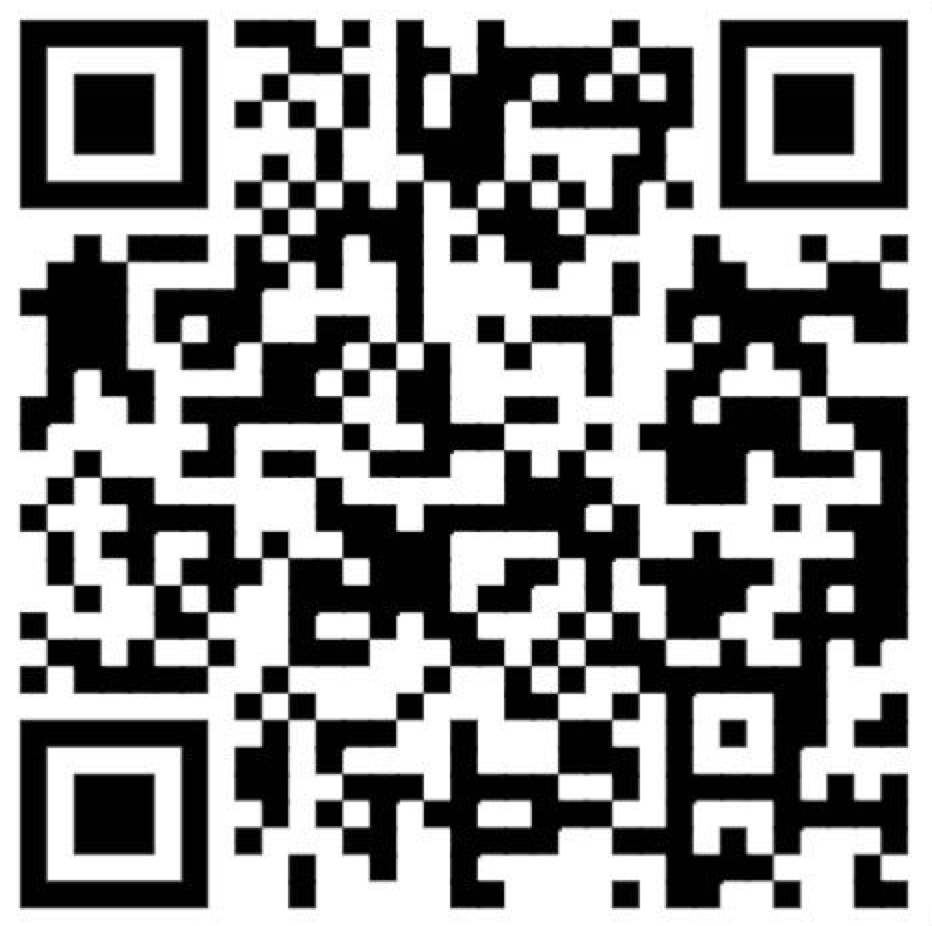